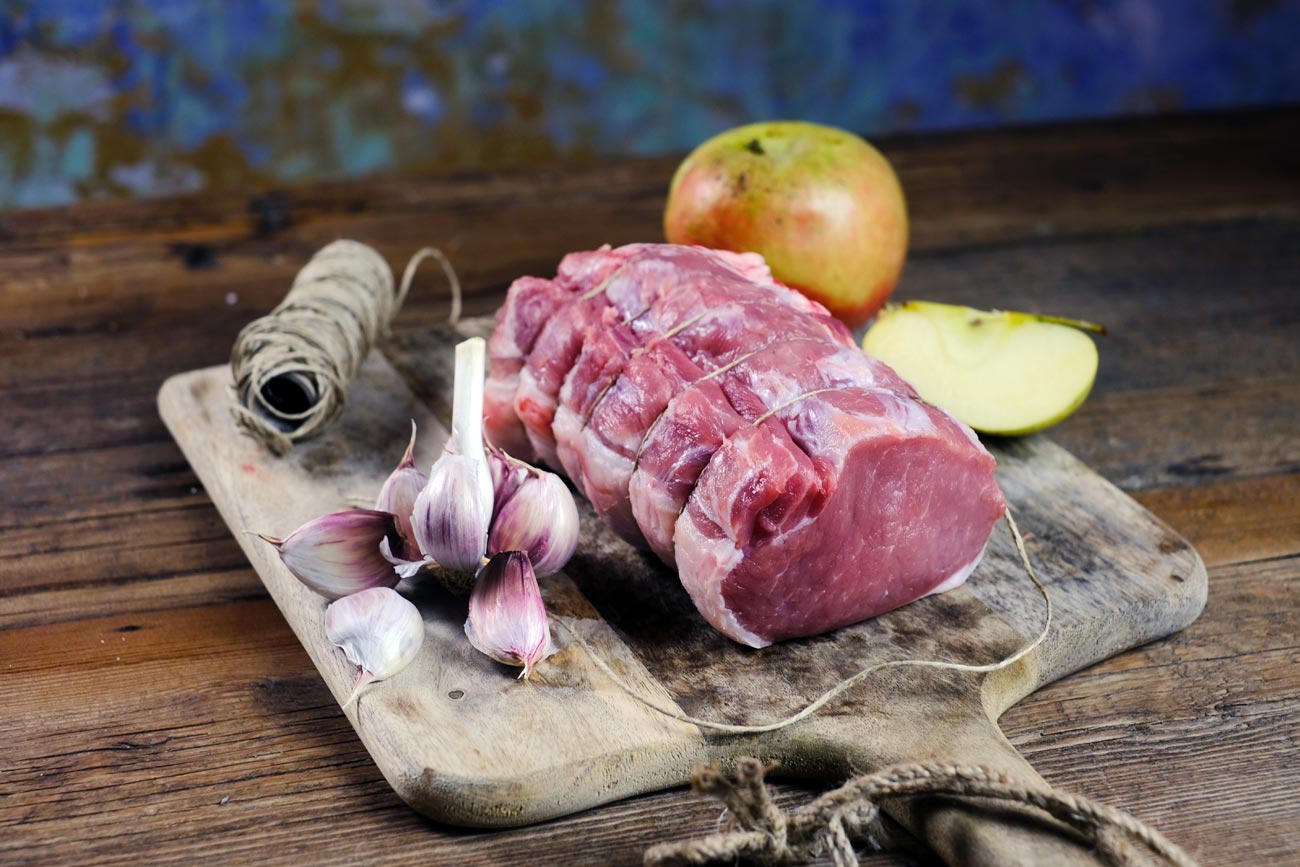 Pork is a food with a high nutritional value that contains high quality proteins, B vitamins, mineral salts and bioactive compounds. From the point of view of macronutrients, pork is similar to beef, poultry or rabbit. Globally, we can say that a 100 g portion of meat provides between 100 and 200 kcal, proteins remain around 20% while fats can vary from less than 1% to over 10%. Much of the variability is due to the cut considered, more than to the animal: as in cattle, even in pigs the leanest cuts are generally the rear cuts deprived of visible fat, unlike chicken in which the leanest cut is the breast. As far as micronutrients are concerned, it should be emphasized that appreciable quantities of vitamin D (1.7 μg / 100 g) are found in pork liver, unique among meats (data source: Cured meats and pork: do we know what we eat?).

THE MOST COMMON CUTS

Different cuts are obtained from the pig which often have different names depending on the region. The main ones are schematically shown in the image.

The best known and most common are the fillet, which is a muscle bundle with an elongated shape, very tender and lean; the chop, obtained from the dorsal part of the rack, which has a bony part (the backbone) and a muscular part. It is a particularly tender and tasty meat, often used for roasts or grills; the collar, which is obtained from the muscular part at the level of the first dorsal vertebrae; the loin, a boneless part of the rack that looks like a long muscle bundle similar to a rectangle, a very versatile cut in the kitchen and the sausage, among the best known traditional meat preparations, which can be eaten cooked or as is, after having left it to cure for an adequate period, which changes according to size, recipe and type.

Usually the meat chosen for the preparation of the pure pork sausage comes from the shoulders, from the belly, from the trimming of the ham and from that of the collar.