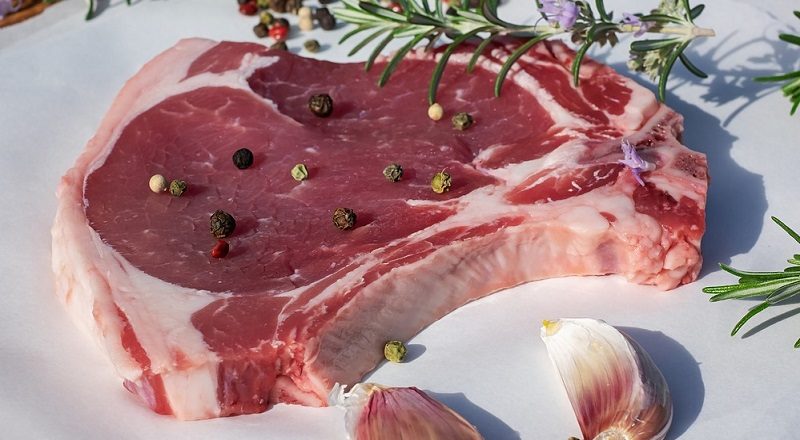 The selection and control of the raw materials used play an indisputable role in the production of quality pork and cured meats together with the technical aspect, linked to the recipe and production procedures used as well as to the rigorous control of all aspects of processing, transport and storage. Since the 1980s, the composition of the pig’s diet has undergone important changes, which have led to reductions in the fat content by about 30%. A study promoted by ASSICA and the Emilia-Romagna Region has shown that in the space of 20 years (1993-2013) pork has changed, in terms of quality and safety, adapting to the needs of modern lifestyles and reducing the fat content by about one third! The nutritional profiles of pork emerge from the analysis of the five most popular commercial pork cuts: fillet, loin, chop, collar and sausage. The unanimous feedback is that it is a leaner meat and with less cholesterol than in the past. Suffice it to say that today a pork leg can contain only 3.2% fat, an amount in line, if not lower, than that of a skinless chicken leg (considering both the drumstick and the thigh). The reduction in fat in pork is also evidenced by the compositional evolution undergone by pork loin: in less than twenty years the fat has practically halved.

The qualitative and nutritional improvements arise primarily from a selection of heads with a higher percentage of muscle tissue. Animal nutrition has also changed considerably and when it comes to pigs, this is particularly important. The fat composition of the animal in fact reflects a lot what it feeds on, as opposed to what happens in the case of sheep and cattle, in which the fats introduced by the animal are partially modified even at the level of the rumen. The traditional diet based on few foods (a mix of corn, barley, soy bean flour, wheat bran and whey, minerals and vitamins) has evolved over the last 20 years into a diet that is more attentive to the nutritional needs of the pig: the products used today are studied against rigorous scientific standards to provide with the diet the optimal supply of all those substances that the pig needs for growth, while ensuring good health for the animal, with an ever attentive eye on food safety and containment of the polluting load of effluent. The first consequence of the new diet is that unsaturated fats in meat have grown to over 60% of total fats and oleic acid, the most abundant fatty acid present in olive oil, has become the main fat in cured pork meat. (data source: Cured meats and pork: do we know what we are eating?)